Johnson continues his quest for crown No. 7 in the Chase for the NASCAR Sprint Cup Round of 8 opener – Sunday’s Goody’s Fast Relief 500 at Martinsville Speedway.
Johnson leads all full-time active drivers with eight wins at Martinsville. Jeff Gordon, who is racing in Sunday’s event boasts nine.

The Californian is the last driver to win consecutive races at Martinsville (fall 2012/spring 2013).

Busch Goes For Martinsville Sweep
Kyle Busch will attempt to clock the competition at Martinsville when he goes for a season sweep of “The Paperclip.”

The No. 18 Toyota wheelman earned his first career victory at the .526-mile track in April and will try to become the first driver to sweep a venue this season. More importantly, he’ll try to earn a spot in the Championship 4 as he pursues his second consecutive NASCAR Sprint Cup Series championship. Busch led 352 of 500 laps in the April race and registered a driver rating of 148.2 on his way to Victory Lane.

Pride Of Virginia: Hamlin Hopes To Add Another Win In Home State
Chesterfield, Virginia’s Denny Hamlin hopes to capture his sixth victory at Martinsville Speedway this weekend and the ninth in his hometown state (he also owns three victories at Richmond).

After beating Kurt Busch to the stripe by .006 seconds (appx. two feet) in last Sunday’s Hellman’s 500 at Talladega Superspeedway to earn the final spot in the Round of 8, Hamlin can make the Championship 4 with a win at Martinsville.

Martinsville Spoilers
With only eight drivers left in the Chase for the NASCAR Sprint Cup, the number of competitors who can spoil a bid for the Chase-eligible drivers gets larger. Still, the remaining Chase drivers have accounted for 54.8 percent of the wins among active drivers at Martinsville Speedway (Jimmie Johnson, 9 wins; Denny Hamlin, 5 wins; Kurt Busch, 2 wins and Kevin Harvick, 1 win). Among active full-time drivers, the win percentage increases to 77.2 percent. The non-Chase drivers starting in Sunday’s Goody’s Fast Relief 500, who have won at Martinsville are Jeff Gordon (9 wins), Tony Stewart (3) and Ryan Newman (1).

And Then There Were 8: Combined Wins, Average Finishes And Driver Ratings Of Chase Drivers At Round Of 8 Tracks
Below are the combined wins, average finish and driver ratings at the three Round of 8 tracks – Martinsville Speedway, Texas Motor Speedway and Phoenix International Raceway:

If it is Gordon’s last race, there is a good chance he goes out with a strong finish, if not a victory. The four-time NASCAR Sprint Cup Series champion is the defending winner at Martinsville and has more wins (nine), top fives (29), top 10s (37) and laps led (3,779) there than he does at any other track. Another top-five finish would tie him with Richard Petty for the track record in that category, while a top-10 finish would break his tie with Petty for the track record in that statistic. If Gordon racks up another 72 laps led at Martinsville, he will surpass Petty for first in laps led there.

Gordon leads active drivers at Martinsville in not only wins, top fives and top 10s, but also average finish (6.8) and driver rating (119.5). Kaulig Racing: The Single-Car Team That Could Make Some History
One of the biggest surprises in 2016 has been the success of the single-car team, Kaulig Racing. The No. 11 Chevrolet Camaro team, led by crew chief Chris Rice, proudly stands third in the NASCAR XFINITY Series Chase Round of 8 following driver Blake Koch’s fourth top-10 finish of the season. With two races to go in the Round of 8 and currently holding a spot in the Championship 4, Kaulig Racing is now looking to become the first single-car team to win a NASCAR XFINITY Series title in almost 18 years.

Note: The previous single-car team to win a NASCAR XFINITY Series championship before 1998 was the BACE Motorsports No. 74 Chevrolet team owned by William Baumgardner with driver Johnny Benson in 1995.

Team owner Matt Kaulig saw something special in West Palm Beach, Florida, native Blake Koch back in 2014 when he teamed up with him in a sponsorship deal while Koch was driving in the series for Go Green Racing. Kaulig thought so much of Koch he continued to partner with him last season when he drove for TriStar Motorsports, and even more so this season when Matt Kaulig created Kaulig Racing and named Koch as the driver of the No. 11 Chevrolet.

Matt Kaulig, owner of Kaulig Racing and LeafFilter North, Inc., has always been passionate and involved in sports. Born and raised in Chicago, Matt came to Northeast Ohio to attend the University of Akron, where he was a standout quarterback.
Kaulig started LeafFilter Gutter Protection in 2005 from the basement of his home. Ten years later, his fast-growing company grew from one small office in Hudson, Ohio, to the leading national gutter protection brand with 28 offices that span across the nation from Seattle to Boston.

Koch will be looking to echo his Kansas performance at Texas next week. Earlier this season, a mid-race accident relegated them to 34th-place finish at Texas. But the team will be looking for another solid result because Koch has made 11 series starts at Texas posting his best finish (21st) in this event last season.
Outside Looking In: Erik Jones Is On The Wrong Side Of The Chase Cutoff With Two
To Go

Joe Gibbs Racing’s Erik Jones probably never dreamed he would be in the position to be eliminated from the NASCAR XFINITY Series Chase Round of 8 with two races to go. But he is, and now the early favorite to win the title faces elimination for the second time during these playoffs boding the question, can he win it all?

Jones’ level of talent and skill behind the wheel are some of the best in the series, as he leads all title contenders in wins (four), but his consistency – he’s the only Chase contender with four DNFs – is where he struggles. During the last four Chase races, Jones has posted the seventh-worst average finish (16.0) of the eight remaining drivers, but all that could change over these next three races.

Watch for Jones to come alive at the next three tracks (Texas, Phoenix and Homestead), where his combined average finish of 3.1 is the best among Chase contenders. Plus, he is the only driver outside the top four in Chase points that has won at one of the next two tracks (Texas, 2015). A win at Texas or Phoenix would guarantee him a spot in the Championship 4.
J
ones sits fifth in the series standings tied in points with fourth-place Justin Allgaier – Allgaier owns the tie-breaker of highest finish in the current Chase round. To compete for the title in Miami he will need to move into the top four in Chase points.

Phoenix International Raceway is a 1-mile track located in Phoenix, Arizona that will host the sixth Chase race overall and the final race of the NASCAR XFINITY Series Chase Round of 8, cutting the field in half and setting the Championship 4 in the Ticket Galaxy 200 on November 12 at 7:30 p.m. ET on NBCSN, MRN and Sirius XM NASCAR Radio.

Keep On Truckin’ – Joe Gibbs Racing’s top 2016 NASCAR XFINITY Series Chase contender Daniel Suarez will not be taking the weekend off from racing like most of the series, but instead will be driving his teammate Kyle Busch’s No. 51 Toyota Tundra at Martinsville Speedway in the Texas Roadhouse 200 presented by Alpha Energy Solutions on October 29 at 1:30 p.m. ET on FS1, MRN and SiriusXM NASCAR Radio. …
Former Series Champs Rise – A total of eight of the original 16 Chase for the NASCAR Sprint Cup contenders this season were previous NASCAR XFINITY Series champions; of those eight series champions only three have moved into the Chase for the NASCAR Sprint Cup Round of 8: Kevin Harvick (2001 and 2006), Carl Edwards (2007) and Kyle Busch (2009). …

Owners Chase Update – Joe Gibbs Racing’s No. 18 Toyota Camry team (3,045 points) currently leads the NASCAR XFINITY Series Chase owner standings by six points over their teammates, the No. 19 Toyota Camry team (3,039), and the JR Motorsports No. 1 Chevrolet Camaro team (3,039). Team Penske’s No. 22 Ford Mustang team rounds out the current teams in position to make the Championship 4. Heading into next week, expect the Joe Gibbs Racing’s No. 18 Toyota Camry team’s points lead to continue, they lead the series in wins at Texas Motor Speedway with six victories. Round Of 6 Kicks Off At Martinsville
The inaugural NASCAR Camping World Truck Series Chase’s Round of 6 kicks off Saturday with the Texas Roadhouse 200 presented by Alpha Energy Solutions at Martinsville Speedway (1:30 p.m. ET on FS1). Here’s how the remaining six Chase drivers have fared in their careers at the .526-mile track:

Ben Kennedy – Kennedy posted finishes of fourth and third in his first two starts at Martinsville, but hasn’t registered a top-10 showing in his six races since.
Timothy Peters – Peters won his first career race in 2009 at Martinsville – his hometown track. In 21 career starts at the southern Virginia oval, he has one victory, seven top fives, 14 top 10s and a 12.0 average finish.

Chase Elliott Back In A Truck For First Time Since 2013
NASCAR Sprint Cup Series Sunoco Rookie of the Year frontrunner Chase Elliott, 20, will pilot a NASCAR Camping World Truck Series truck for the first time since 2013 in Saturday’s Texas Roadhouse 200 presented by Alpha Energy Solutions at Martinsville Speedway.

The Dawsonville, Georgia, native is scheduled to take the wheel of the No. 71 for Carlos Contreras.

In nine NASCAR Camping World Truck Series starts – all in 2013 – Elliott boasts one win, five top-five and seven top-10 finishes. At the time of his NASCAR Camping World Truck Series victory in 2013, Elliott was the youngest race winner in NASCAR national series history (17 years, nine months four days). The record has since been broken by Erik Jones and Cole Custer.

From Fan To Driver – Martinsville Brings Back Childhood Memories For Byron
Long before he stepped into a race car as a 14-year-old in 2011, William Byron avidly watched as many NASCAR races as he could on television.

When he was 8 years old, Byron attended his first NASCAR race at Martinsville Speedway. On that day – April 2, 2006 – he saw the victorious Tony Stewart climbing the fence, and forced his father to stay late so they could watch Stewart’s burnout.

Byron, now 18, has made a meteoric rise through the stock car racing ranks and will try to do his own burnout at Martinsville in Sunday’s Texas Roadhouse 200.

Kyle Busch won the race, but will not be competing on Saturday. NASCAR Next member Harrison Burton will drive the Kyle Busch Motorsports No. 18 Toyota, while Daniel Suarez will take the seat of the KBM No. 51 truck.

“Obviously, everyone wants to go out and win, but I think if I can have a good qualifying result, have good restarts and keep the fenders on my DEX Imaging Tundra through the whole race, I can be in good position with 20 to go and then anything can happen,” Burton said. “My focus is learning the truck, the track and the guys I am racing with and then applying that as the race comes to the finish.” 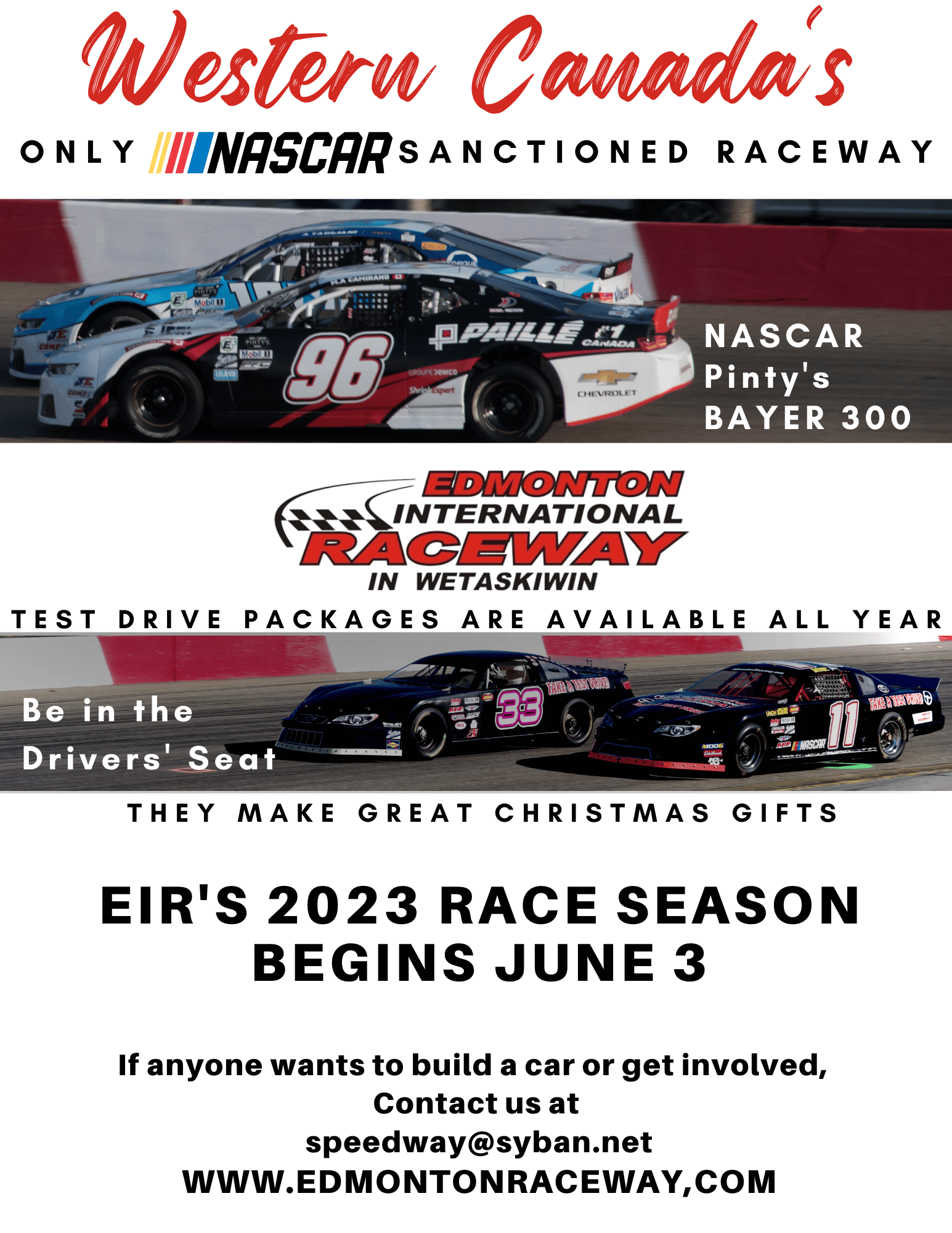 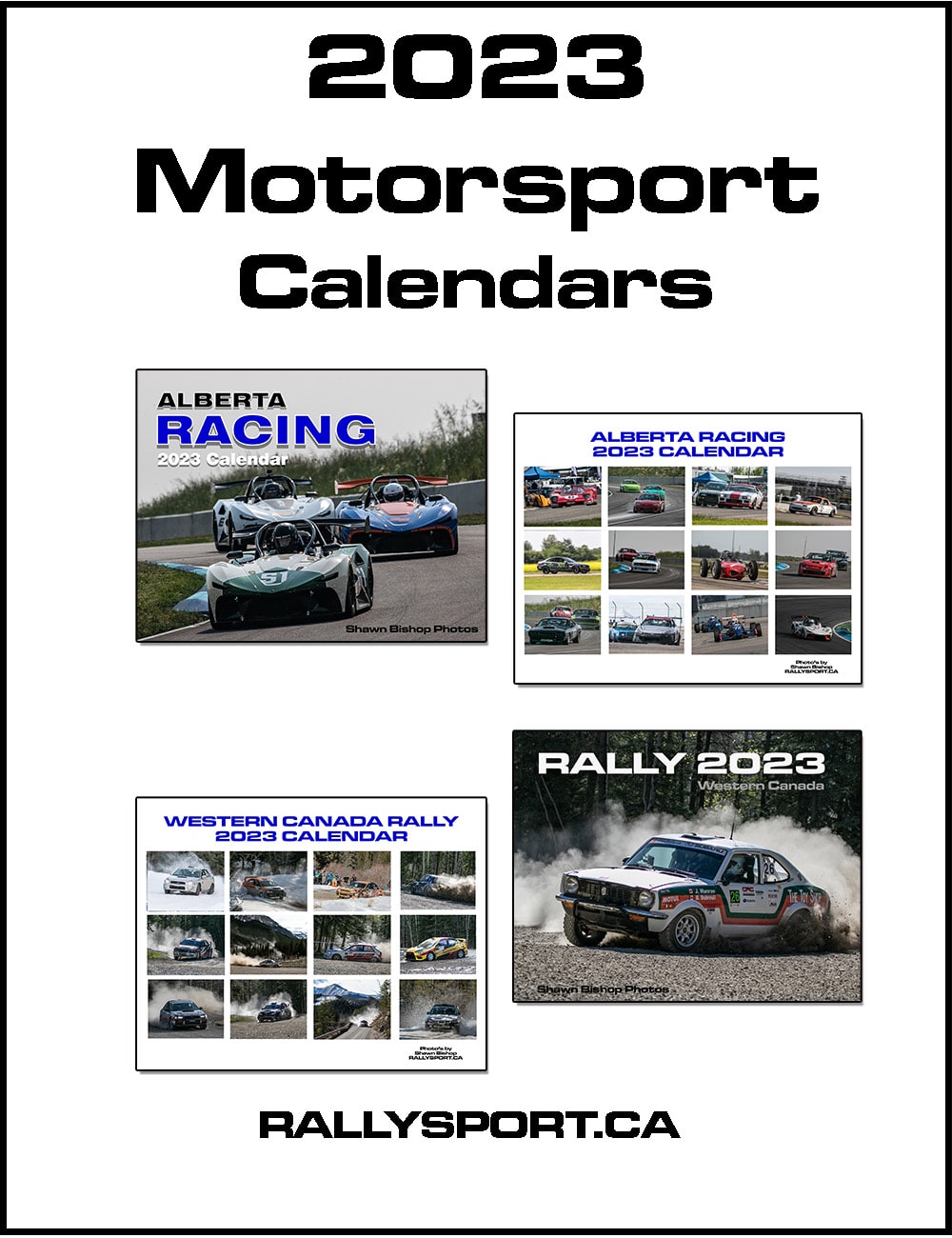